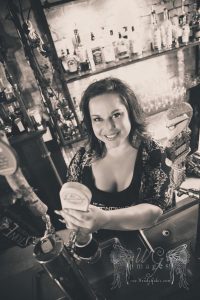 Owner, Tara Gillum, opened Steiner’s Speakeasy, Chillicothe on June 2, 2014.  The model for Steiner’s was simple, to bring quality cocktails and premium craft beer to Ohio’s first capital. The goal; to make everyone who walks in the door feel like family.  Steiner’s Speakeasy was never meant to be “just a bar”, but a gathering place for the community, a place people felt comfortable and accepted.

To know why that sense of belonging is so important to the foundation of Steiner’s, you have to know the history of the name sake.  Named for Gillum’s late grandfather, whom passed away 3 months before Steiner’s opening, Benjamin Steiner was the epitome of a people person.  Never knowing a stranger.  Papa, as Tara calls him, would take her to Carl’s Town House when she was younger and talk about opening a little diner himself.  Unfortunately, that dream never came true for him. 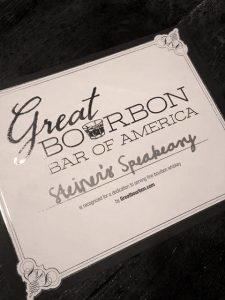 Shortly after his passing Tara decided it was time to make a move.  With nearly 13 years of bartending under her belt, the Speakeasy was born.  A place that would be run like her grandfather would have and honoring him with its name.  You may come in a stranger, but you will leave a friend.

In the three years of operation,  Steiner’s had been given many accolades including the #5 Americana and Folk Music venue in the country by America Roots Magazine and honored as one of America’s Great Bourbon Bars by Greatbourbon.com.  Every employee is Cicerone Beer Server Certified.  In 2016, Patron Tequila chose Steiner’s Speakeasy, Chillicothe to participate in their Tequila certification course provided by the Tequila Regulatory Commission of Mexico.